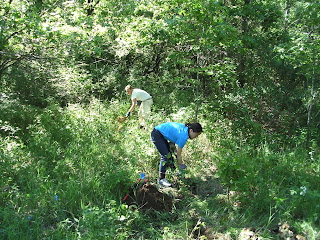 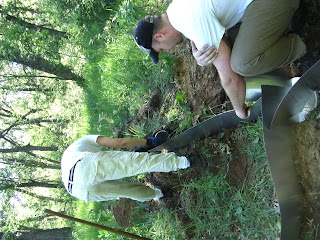 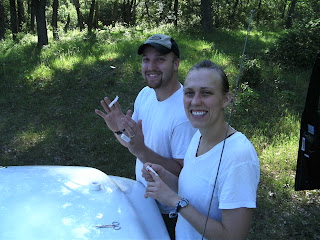 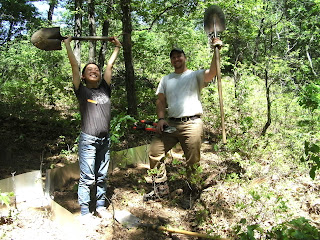 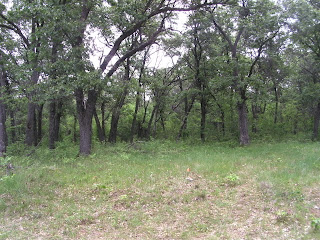 Hello!!!! A few pics from one of our sites we like to call "Stonehenge"

Hi Y'all!
We have been busy minions up here in Wisconsin. Very little time to enjoy the cheese or the microbrews :)....maybe in a few weeks.
Just a quick update: we have all 3 sites approved and flagged (marked with grid flags). Most of our mammal traps are out and we will be working diligently on the other components the rest of the week and into the next.
Tick population density: Holy Blood-sucking arthropods Batman! Yesterday's site (Bravo-4) had a density of 5.4 nymphs per meter. We did 630 meters total yesterday using Howie's suggested method of walking along the transects and checking at each trap station. Gena dragged and I flagged and the winner was........Flagging coming in at 20nymphs/90meter drag transect (average). This beat out dragging by a 2.3 nymph advantage as dragging brought in 16.6 nymphs/90 meters at the B-4 site. In addition, my flagging brought in a larval mass, which I confirmed as I. scapularis back at the Headquarters microscope.
Today, at our "Stonehenge" site, dragging/flagging efforts were less productive (0.75 nymphs per meter) and coming in with equal (yes, equal) nymphal collection success. Today we dragged for 720 meters total. I was able to run through 2 seperate larval masses at this site. We are getting ticks of all 3 stages at this point. Adult populations appear less robust than nymphs, and in our small observation time, it looks as if larvae are just beginning their ascent to power in the land.
In other news, we will be using a 12' aluminum flashing. This cost us $28 a roll at the hardware store and was the most cost-effective choice for us. I spoke with Russ and he thought this height would work fine for our site.
Hope site preparation is going well out there!
Quest On!
isis
Posted by isis at 4:21 PM No comments:

Trailcam photos from SRS, May 2020 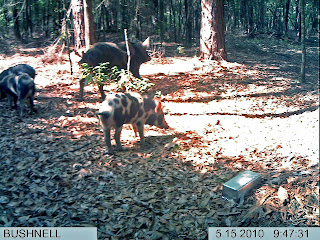 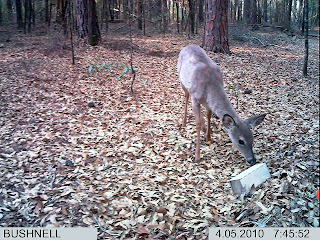 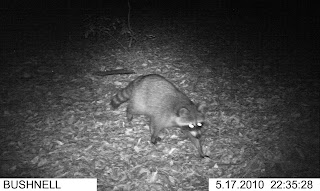 You have been warned ... 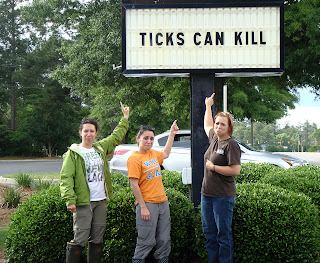 Welcome to our Project Blog! 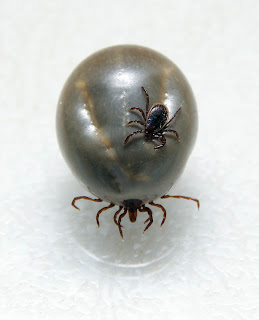